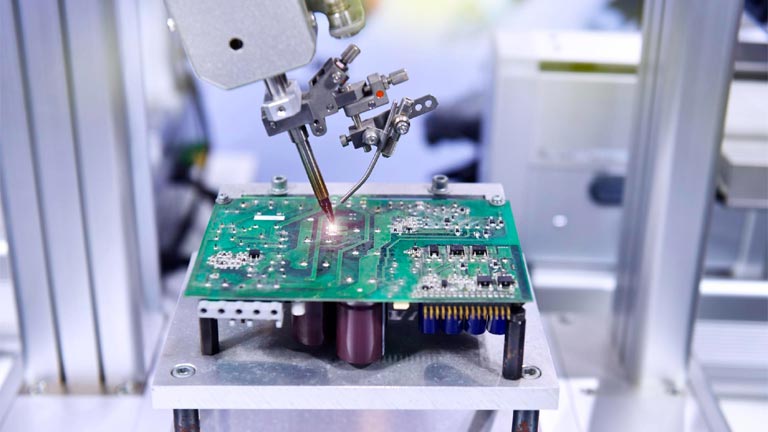 PCBA and PCB are probably the most popular terms used in the electronic manufacturing industry today. At some point, many people started using them interchangeably. Even though both PCBA and PCB are related to a circuit board, which is the heart and brain of modern electronic devices, there are two distinct concepts behind these terms and it is important to distinguish them from each other.

A PCB is a blank circuit board supporting electronic components mounted on its surface. This helps to hold other elements together and connect them electrically with each other.

A PCB itself does not contain any electronics, however, it has special conductive pathways used to provide connectivity to different parts of its surface. The placement of these pathways and their other characteristics are predetermined by PCB design. PCBs are usually produced of laminate materials such as composite epoxy or fiberglass.

A PCB assembly is the process of adding electronic components to a PCB and turning it into a fully-functioning board, while the term also means a ready-to-use assembly.

As a process, a printed circuit board assembly can be achieved using one of the two common technologies.

The first one is a more modern technology of surface mounting (SMT) featuring flexibility and higher automation as well as the possibility of working with the smallest components. Since it is particularly useful for mass production, it is now prevailing on the market. Yet, an older Through-Hole Technology or THT is still used in electronic device production.

This technology is based on creating mechanical connections between components usually using drilling. Initially, it was less auspicious for automation, albeit today it is possible to create fully automated THT lines. Its major advantage is the possibility of creating more durable and therefore reliable PCB assemblies.

While PCBs are used in all sorts of electronic devices including smartphones, computers, appliances, engine management systems, and industrial controls, they first require a PCB assembly process for getting connected to electronic elements. Note that PCBAs require anti-static or compartmental packaging, whereas vacuum packaging is used for PCBs.

A PCB can be seen as a basis for electronic assembly that uses the board for mounting and connecting other electronic components through the process of a PCBA. A PCB is an essential element for a printed circuit board assembly based on either SMT or THT.

The PCBA term in turn is also used for a final product of an assembly of a PCB and electronic components.

Assel is an experienced EMS provider, to find out more about PCB assembly go to: Asselems.com