I think those statements make it pretty clear what Samsung’s focus was on the Samsung Galaxy S20 Ultra. Let’s talk about my experience with this thing. And of course, if they managed to deliver on the promises with the cameras coming in, only cosmic, grey and black, the Ultra’s design has actually grown on me and looks like a Samsung phone from the past few years with three major standouts.

It’s more narrow and slightly taller, which I actually think makes it easier to handle. Being slightly thicker and heavier, however, might turn some people off.

The 6.9″ inch display is essentially flat now, with way less of it spilling over the sides of the phone and on the back. All the photography magic now lives in this polarizing new camera cluster design starting at one 128GB of storage and 12GB of RAM. This phone has flown through everything I’ve thrown at it during day to day use. SD card support is still here too. As a cheaper alternative to expanding storage. Phone calls and video chats have sounded awesome whether it was through the earpiece or on speakerphone.

Watching content has been a great experience too, as you would expect, with a massive display and loudest serial speakers. What’s special about the display this year is the introduction of a 120hertz refresh rate. The main benefits are going to be smoother animations and scrolling all the boxes. The phone is set to 60hertz, so you’ll have to enable it in the settings. The tradeoff, as stated, is a hit on the battery life, which I’ll talk about in a bit.

120hertz is the real deal and another key spec of Galaxy S20 Ultra. You could argue that since most apps still support 120hertz, yet it’s slightly overrated. But start using the various multitasking options built into the software and you quickly appreciate the difference and smoothness. No stutters or hesitation. It just feels real, really fluid. After using a higher refresh rate, going back to 60 hertz made the feel extremely jittery. You really notice it. The good news though, is after an hour or so you’ll readjust and be perfectly fine.

Since everyone perceives things differently, you’ll have to try it out for yourself to see if you even notice it enough during the day to day use, or if you’d rather just have the extra battery. It is worth noting that the 120hertz refresh rate is only available on full HD resolution, not the quad HD rez. The phone is capable of rumors that it should be enabled in a future update refresh rate. Aside.

The thing that impressed me the most is the touch sensitivity which jumps from 60 hertz previously to two hundred forty hertz.

Samsung introduced the ultrasonic in-display fingerprint scanner last year and I had a lot of mixed results with it. I love Glassing Protector’s and when I added the extra layer of glass, the scanner was even less reliable. I decided to stick with the pre-installed screen protector. I will see the fingerprint scanner is sitting at about a 95% success rate. For me, it’s a much better experience.

Our 5000mAh battery, which is the largest I’ve ever used for general day to day use even was 120 hertz enabled the ESC. Easily gets me through a full day and I think that’s going to be the case for most people.

However, on a couple of trips where else shooting a lot of 4K videos and taking tons of pictures under direct sunlight, I was able to drain the battery down to about 20 percent by 4 PM.

Samsung includes a 25w super-fast charger in the box, 30 minutes plugged in can get you about 50 percent with a full charge taking a little over an hour. Those times are amazing. And part of the reason why I don’t feel the need to charge overnight, I’ll typically plugin while I get ready in the morning and be fully charged by the time I leave the house. It’s an automation that turns on power-saving mode during sleep hours to conserve battery enabling that is cut down on standby drain to about 4 or 5 percent overnight.

All right. Let’s finally talk about the star of the show. The cameras. The single 40-megapixel front-facing camera takes selfies that are different when compared to previous Samsung smartphones. There is a noticeable improvement in detail with a little more contrast thrown in because of this. Selfies look more natural with less of that dreamy look going on.

It might actually be my favorite selfie camera at the moment. I’ve been seriously impressed. The video looks fantastic too. Making this solid for video calls or blogging on the back. The main sensor is a 108MP rear camera that by default bends down to a twelve-megapixel photo. You do have the option to shoot at the full one hundred and make a pixel though. This opens up the ability to crop in and get a much sharper image. That wouldn’t be possible otherwise.

When viewing photos, the sensor snaps some beautiful pictures that are often bright with punchy colors on multiple occasions. I’ve caught myself saying, Well, that’s a really nice picture. Sort of crazy how far smartphone cameras have come in less than ideal lighting. The processing still has a tendency to soften enlightened skin tones to make people look more flattering. But hey, I’m not complaining about enough separation between your subjects and the background.

The ESC Twenty Ultra actually has some really good natural depth of field and a blurry background. Goodness. Not everyone will love it, but I dig it and it really makes your subjects stand out more. Just don’t get too close though, because you might start to notice the edges of your subject’s beginning to blur too.

Low light shots have looked good and improved. So you know how long you need to hold still for the night? More shots. Do you tend to have a yellow-orange hue to them, which isn’t ideal, but I’ve actually been impressed by the detail and sharpness with 100 times space. Zoom. Be steps right beside the camera. The 100x results from you get just don’t justify this aggressive branding. It’s subtle, but I could have done without it.

Now the good news is the 5 times and 10 times zoom shots look good. Like really good even at 30 times. The pictures are totally usable. Weddings, concerts, sporting events.

I can see telephoto lenses with more capable zoom and following suit. The ability to frame and snap pictures at a distance makes the ESC twenty Alterra one of the most versatile smartphone cameras I’ve ever used when it comes to video. Samsung brings 8K video recording into the mix. Full credit to them for making a video recording possible on a phone.

First up, the autofocus. It’s slower than the S10 Plus and has a tendency to jump around, especially in video. As it stands, you definitely need some patients in situations where you want to just quickly snap a photo or record a video. It can be frustrating and lead you to miss the special moments. Samsung has officially issued a statement that they will be fixing this in an update, so definitely keep an eye out for it. Another area I was hoping for improved performance was with Indoor motion blur.

Although parts of the camera performance have stumbled, the ESC 20 Ultra does a lot of the other smartphone features really well. It’s the most ambitious hardware bump we’ve seen out of Samsung in years. They’ve thrown everything they have at you to try and justify the price tag. And it’s hard to argue the hardware as a package isn’t impressive. I would have loved to see a 4G version of the Samsung Galaxy S20 Ultra here in North America to bring the price down a little bit, especially for those who won’t be taking advantage of 5G for the next few years.

Myself included. But that might have been out of stepson’s control. The camera software needs some polish, no doubt about it. If you’re on the fence, the things you should ask yourself are will you utilize the extended zoom capabilities, and do you have an actual use for the higher megapixel images? If you answered no to both of those. I take a hard look at the regular as twenty as 20 plus the offer a much better value for was a very similar experience. 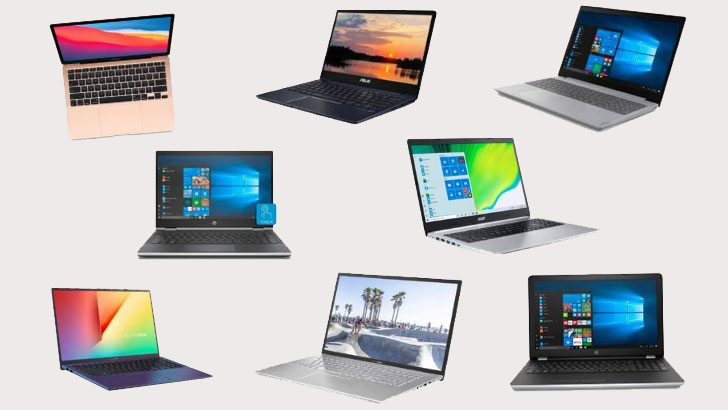